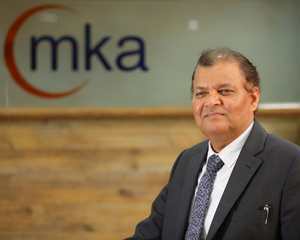 Vikram Trivedi has been practicing law since 1980 and is the Managing Partner of the Firm since 2000. Recognized as a leading practitioner in India, Vikram has over 38 years of extensive experience, acting for several large multinational and corporate houses and high net worth individuals, including many business leaders and celebrities.

His experience in handling complex issues is testimony of his enthusiasm, ability to think out-of-the-box and continuing desire to achieve excellence. He has been the frontrunner in various prestigious matters across different areas of law.

A highly perceptive litigator and negotiator, Vikram’s skills have led him to successfully representing many high profile clients in civil and criminal litigation including in the areas of real estate, commercial disputes, and intellectual property as also in getting several noteworthy deals concluded.

Clients look forward to his creative and calculated inputs not only in formulating litigation strategies but also in rendering advice as far as consummating complex commercial and real estate deals are concerned.

He believes in creating talented enthusiastic advocates and he is proud of the fact that each one of his Partners commenced their careers as interns in the Firm.

Not only has he led the Firm through several prestigious assignments, but on numerable occasions, the Firm under his leadership has been instrumental in contributing to law through precedent setting judgments and therefore in the true sense of the term, he is the face of the Firm.

He is currently serving as a member of the ‘Law Review Reform and Rationalization’ Committees of the Indian Merchants’ Chamber as well as the Bombay Chamber of Commerce and Industry. In addition, he is also on the Editorial Board of ‘M&A Critique’, a magazine specializing in mergers & acquisitions.

Vikram’s love for animals led him to register a Public Charitable Trust, “Troy & Zeus Foundation” in 2010 to prevent cruelty to animals and to work against the exploitation of animals. His vision led to the Firm’s whole hearted support in pursuing a Public Interest Litigation in the Bombay High Court that ultimately resulted in a ban on the use of horse driven carriages in Mumbai for joy rides.

He also acts as a trustee on another Public Charitable Trust formed for the purpose of facilitating education to the needy and poor underprivileged street children and grant of medical aid to deserving persons.

Vikram has been consistently recognized as a recommended lawyer by The Legal 500 – Asia Pacific India Guide to Law Firms.